Jenny, I got your number, I gotta make you mine....

OK RennyBA, I accept the challenge! Choose seven songs that you like, love, are listening to right now, or whatever! SEVEN makes me think of this song, so I shall post it first. Yeah, I know it's a Sesame Street song...but it's really cool, don't miss the lesson ok? You can watch it on Youtube as well, and I think you should! Go ahead you're not too old! I promise it'll make you smile. 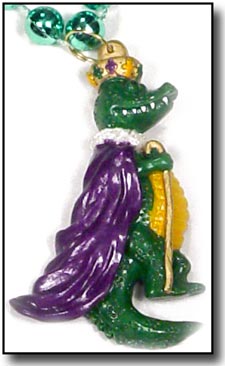 Said the Alligator King to his seven sons,
"I'm feelin' mighty down.
Whichever of you can cheer me up
Will get to wear my crown."

His first son brought seven oyster pearls
From the bottom of the China Sea.
The second gave him seven statues of girls
With clocks where their stomachs should be.

The third son gave him seven rubies
From the sheikdom of Down There Beneath.
The King thought the rubies were cherries,
And he broke off seven of his teeth.

The fourth son tried to cheer him up
With seven lemon drops.
The King said, "I'm sorry son,
Since that ruby episode, I just haven't got the chops."

The fifth son brought the King perfume
In seven fancy silver jars;
The King took a whiff, and he broke out in spots
'Cause it smelled like cheap cigars.

The sixth son gave him seven diamond rings
To wear upon his toes.
The King snagged his foot on the royal red rug
And crumpled up his nose.

The seventh son of the Alligator King
Was a thoughtful little whelp.
He said, "Daddy, appears to me
That you could use a little help."

Said the Alligator King to his seventh son,
"My son, you win the crown.
You didn't bring me diamonds or rubies, but
You helped me up when I was down.

Take the crown, it's yours, my son.
I hope you don't mind the dents.
I got it on sale at a discount store-
Cost me all of seven cents!"
Seven!


#2 Jenny, Jenny (867-5309) by Tommy Tutone
I'm driving to the laundromat sulking, and this song comes on the radio! Suddenly I'm bouncing along, singing and having a good old time, and wondering what it must have been like back then if your phone number really was 867-5309.
Thanks for the smiles, Jenny! Thanks Tommy! 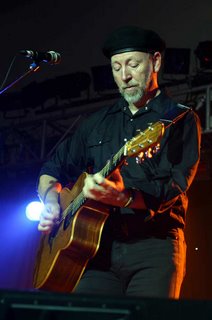 #4 Aaj Mausam Bada Beimaan Hai
This song can be found on the Monsoon Wedding soundtrack, but it's a very old Hindi song, and can be heard in a couple of older Hindi films as well. The title means, "Today the weather plays tricks on me." The countdown to India has begun....7573 days to go......I'm gonna get all India'd out on you guys pretty soon here, if I haven't already!

#5 River Euphrates by The Pixies
Oh man, this song is just too much fun......ride the tiger, ride the tyre, whatever! See what happens when you run out of gas? Just take the tyres off and float down the Euphrates, of course! Youll get there sooner or later!

Ride, ride, ride,
...Stuck here out of gas
Out here on the gaza strip
From driving in too fast
Let's ride the tiger down river euphrates
Ride the Tiger, ride the tiger....

#6 Hallelujah by Leonard Cohen
This song is just so cool, and so sweet, and I just love it....go hear it if you haven't. This version is performed by Allison Crowe. 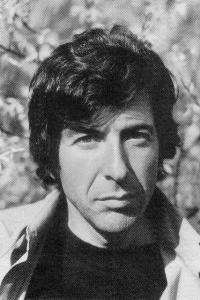 Wowee lookit how handsome LC is in this pic...reminds me of...um...whats that guys name?

#7 Suzanne by Leonard Cohen
Now you see, I ended up over there at Youtube, and lookit what I found....what beauty.....
ok ok and this bonus video, more Leonard Cohen and Judy Collins. Speechless.......

I know I went off on a Leonard Cohen thing, but I wanted this post be about the music that is right now in my life, this very day. I hope you enjoy it as much as I do.
Challenging you, Miss Logo, and you, sir, and Fortress Guinness too!

I love the alligator song!!

I love these songs, very nice choices, and I will give you seven songs I've been listening to today.

Thanks for accepting my challenge. It’s always fun playing with you:-) Let me comments some:

I’ve never heard #1 before, but my wife from the US was very interested. Like a lot of moms, she has been watching Sesame Street for years. Neither did she know YouTube had videos from there so now she has something to play with!

#6 Hallelujah has been on many Norwegians mind lately as it has been song by 4 Norwegian guys and one of them is Kurt Nilsen, the winner of 2005 World Idols. Look at the version here: http://www.youtube.com/watch?v=wFnrDNvbDu8 Kurt is the guy with the room between his front teeth (his ‘trademark’).

#7: Rumours says that this is a song and the title is a tribute to a Norwegian girlfriend he had in the 80s. He has been here a lot of times and is very popular in Norway. We’ve just seen an interview on TV as he has a new album to cover up after going bankrupt.

LOL! Nice list of songs..why did i know that id see a hindi song in there before i even scrolled down ? :D By the way, Beimaan acctually means unfaithfull, generally used in a relationship sense like Beimaan Beewi meaning Unfaitfull Wife or in an employer-employee sense like Beimaan Naukar meaning Unfaithfull Servant! We still have that date at pecos in decmeber dont we ? ;)

I love Leonard Cohen! And I know who you mean... that picture he looks like... but... the name escapes me as well. FACK... I'm gonna go look for it.

....speaking of the Grateful Dead, (I know, we weren't, but hey, when are we not, really,) I found this really cool little (ahem,) hemp shop in town, --lotsa cool stickers.
-of note, a BEAUTIFUL Cats under the stars window sticker (about 4 to 6 inches across,) ---you want one buttacup? (howzabout one of the dancing terrapins for the Mr.?

-and I'm so glad that there are other versions of Hallelujiah than Rufus Wainwright (or whoever,) -I got a kid down here on a station that plays it every show... (bang head against wall, here...)

now what is this business about denying Rice Krispies???